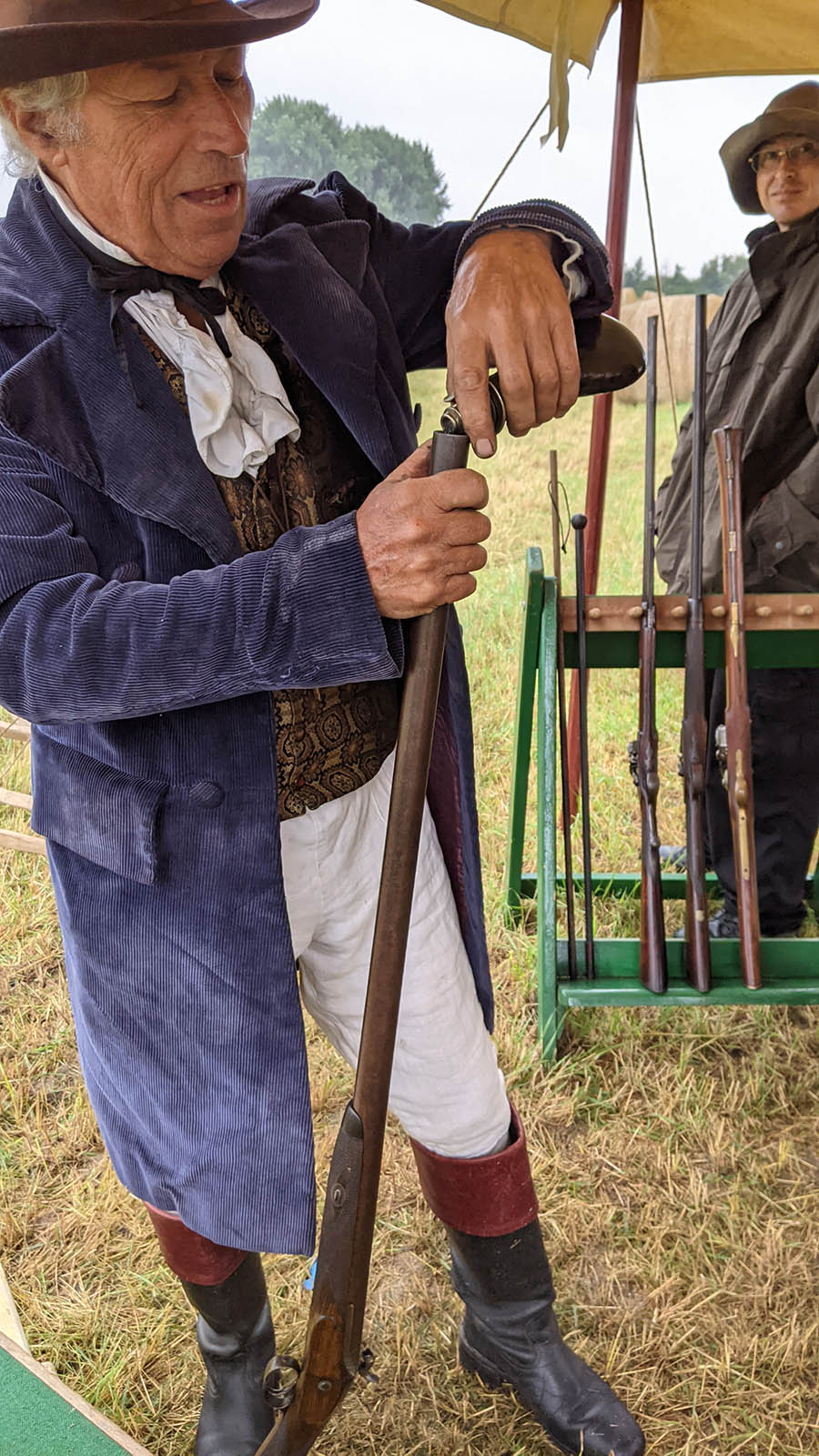 We celebrated the 40th Anniversary of the club with a clay shoot and then lunch at Ludgershall hosted by DB Guns. The shoot was a forty bird clay shoot, results below, a flurry and the use of some black powder guns provided by Blackpowder John. After the shoot, there was a demonstration of shooting by Mickey Rouse which included shooting eggs, cabbages and watermelons. The video below has a few slow-motion shots of the black powder guns and then the Mickey Rowse trick shooting demo with exploding eggs, cabbage and an exploding watermelon.

After the shooting, we headed over to the home of Dawn and Brian, the owners of DB Guns, for an excellent meal in their garden. A very good roast of Pork, Beef and Brisket followed by a delicious choice of sweets. Prize presentations followed and then speeches from the Chairman and then Pete Sherriff.

A metal pin badge was presented to all guests commemorating the 40th anniversary.

It is a privilege and an honour to be in the position of presiding over the club on such a momentous occasion of the 40th anniversary since its inception. I was not around at the origination of the club which was formed by Barry Johnson, Austin Lovell, Robert Richardson, Fred Dymock and Graham Hill back in 1981. This was after a successful clay shoot was arranged for the village fete and, as in the best of traditions, a debrief was held in the pub leading to the club coming into fruition no doubt over a pint or 2. I understand from talking with some of the club originators that the initial shoots comprised of one trap that was used on land behind Lodge Garage in Kingswood.

It is a great pleasure to have so many of the original founders at today’s event to see how the club has developed since then going from strength to strength. This has been due to several factors comprising of:

Over the years the club has had a very strong social presence, and this has appeared in a number of guises including:

And finally, I would like to thank everyone past and present who have helped formulate, shape and drive the club forward from its origins to its current position and ensure its continuing success.

To celebrate this event, we have had a pin badge made for all club members past and present and the landowners to receive that will be handed out shortly.

Many thanks and here’s looking forward to the future of the club.

The Shoot and Demonstration Shoot by Mickey Rouse